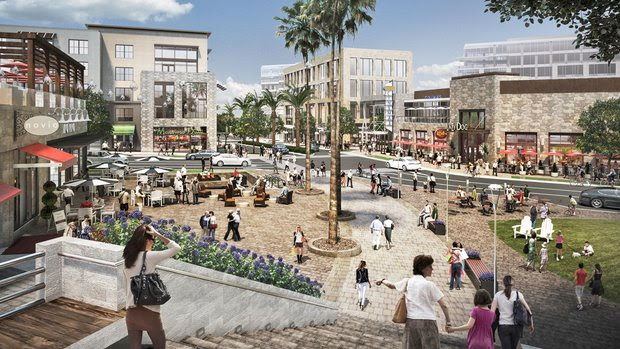 The Carmel Valley Planning Group voted 11-2 against the One Paseo project, after a recent three-hour public hearing. The group’s vote is only advisory, but whether the Carmel Valley real estate project will move forward is not a sure bet: It must still be reviewed by the San Diego Planning Commission and the City Council, which may either approve, reject or ask the developer to scale back plans to meet community concerns.

One Paseo plans call for nine-story office buildings, 608 condominiums and a regional shopping center. The project was criticized as too “intense” for the suburban community of 35,000, located just 20 miles from downtown San Diego. Opponents feared the project would change the community’s character. Community leaders were concerned about traffic congestion, lack of convenient access to major transportation, as well as development that included condo towers and office buildings on the area’s relatively small parcel size. There was also concern that the possible economic gains to the San Diego real estate market would be offset by drawbacks.

Supporters of the development believed it would provide a big economic boost and help the area’s severe housing shortage. It was hailed as an example of “smart growth” for San Diego real estate  —  a litmus test in a community where affordable housing is an issue. The project would have allowed denser housing development without subdivisions spilling over into rural areas, and with nearby transportation. A rapid bus line is planned in the area by 2030. The project was also expected to provide a big boost to the surrounding San Diego real estate market.

Despite the criticism, community leaders are urging city officials to consider a pared-down version of the project. It would be about half of the original proposed development: 304 condos instead of 608 and 875,000 square feet instead of 1.4 million square feet. The project was already reduced in scope, from 2.1 million square feet, originally.