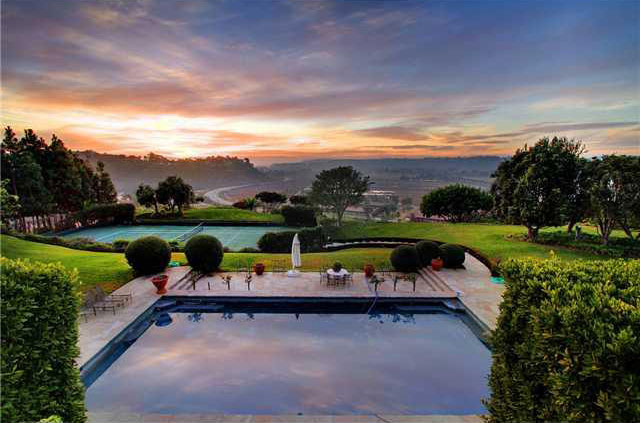 Billionaire Bill Gates has big plans for a Rancho Santa Fe thoroughbred training center that he recently bought from weight loss guru Jenny Craig: He plans to remodel the shuttered facility and turn it into a grand prix circuit for hunters and jumpers.

Gates, who purchased the horse farm for $18 million in September, isn’t a stranger to the San Diego real estate market; he owns a home in the Del Mar Country Club. His teen daughters jump horses competitively. Still, the purchase by the philanthropist and founder of Microsoft — whose estimated net worth of $81 billion makes him America’s most richest man, according to Forbes magazine — is widely considered to be one of the largest real estate in San Diego transactions  in recent months.

Craig’s 229-acre  horse farm had been used as a training ground for thoroughbreds, as well as injured horses, until it was closed in May 2013. Gates’ purchase marks the end of a storied saga for the property: Craig had owned the facility since 1995. It was first listed on the market in 2010 for nearly $30 million after the industry declined. Later, it was discounted to $25 million before it was pulled from the market in 2012. The San Diego Union Tribune reported Craig considered other uses for the property, including a possible golfing or  hotel development, but is reportedly happy to have it return to its equestrian roots.

Craig’s 229-acre Rancho Santa Fe estate went on the market for $39.5 million in August. Her Del Mar home for sale is one of the most expensive homes for sale in San Diego County.