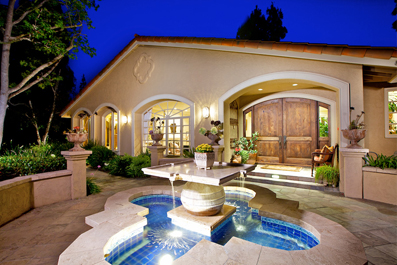 The record breaking pace of luxury homes for sale in San Diego helped the region climb to the #5 spot in the country for million-dollar-plus home sales during the third quarter, according to a real estate report by Redfin.

Redfin data found 293 residential sales were recorded in the $1 million and up range from July-September in San Diego, with the average sales price just under $1.5 million. Only San Francisco, Los Angeles, San Jose and Chicago, respectively, had more  sales. Nationally, sales of homes in this price range are up nearly 10 percent from 2013.

San Diego’s top ranking shouldn’t come as a surprise: Million-dollar-plus homes for sale in San Diego have sold at their fastest pace in seven years as momentum in the market continues to gain steam  – signaling a return to a healthier real estate market. Separately, real estate data tracking company CoreLogic Data Quick figures found San Diego real estate sales of $1-million-plus increased 12.7 percent for the first half of the year; the second quarter of 2014 was the best since 2007, buoyed by transactions such as a $13 million, 5,870-square foot luxury home for sale in La Jolla that was the highest-priced home in the area at that time. Over the summer, weight loss guru Jenny Craig listed her $39.5 million Del Mar home for sale and it is one of the most expensive homes for sale in the county.

Overall, million-dollar plus luxury homes for sale in San Diego are up, with areas such as La Jolla and Carmel Valley homes for sale setting records. In other parts of the country, markets that had seen steady luxury home sales, such as Los Angeles, Orange County, Miami and Orlando, are now starting to see $1 million-plus home sales dip, as interest from foreign investors wanes. The number of cash buyers have also declined, with nearly half of all transactions in areas with heavy international demand in cash at the beginning of the year, now at 22 percent, said the report by the Seattle-based real estate  brokerage and data firm Redfin.