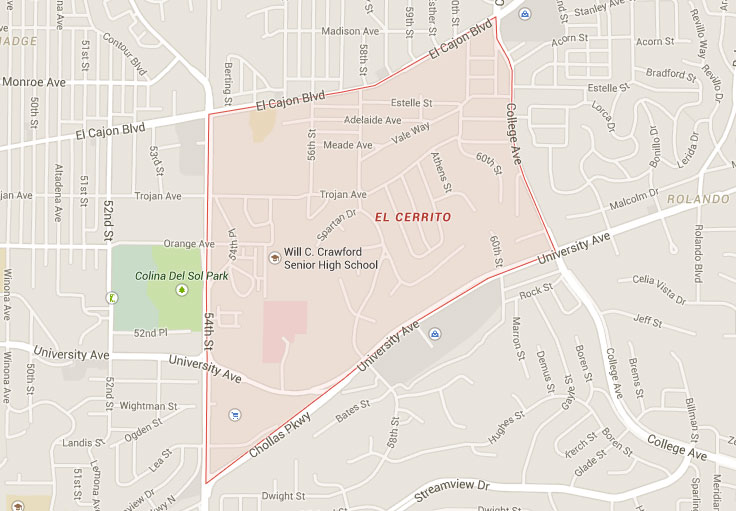 27 Jan Study: El Cerrito is the #1 hottest neighborhood in the United States

What’s the next big neighborhood on the real estate radar in 2015? Redfin, a Seattle-based real estate company, predicts the El Cerrito neighborhood in San Diego will be the #1 hottest in the country this year.

Redfin released its annual list of neighborhoods that it predicts will be popular based on its website activity, data collected from more than 10,000 neighborhoods and Realtor information.

Typically, the residential neighborhood near San Diego State University doesn’t grab many headlines. But it has earned an impressive national ranking, with Redfin calling it an “undiscovered jewel” while praising its affordability among homes for sale in San Diego. That helped propel it to #1, beating out a host of other areas for the top spot among real estate in the nation, according to Redfin.

“As prices continue to rise in the popular neighborhoods on the east side of San Diego, many first-time home buyers are getting priced out of places like Kensington and North Park,” Redfin said in a news release.

Rankings took into account factors such as page views of homes and popular homes in each neighborhood. Second on the list was Dickinson Narrows in Philadelphia followed by East Atlanta in Atlanta, and Little Neck in Queens, N.Y., respectively. Other California cities on the list included Curtis Park in Sacramento (#6) and Crocker in San Francisco (#9).