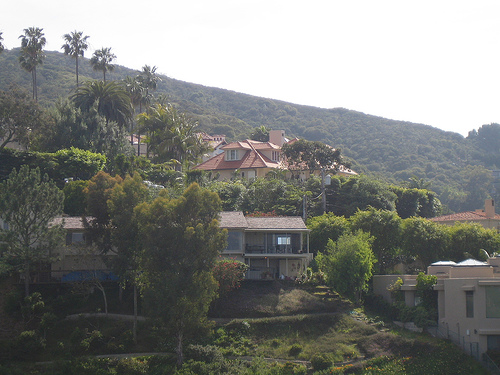 Prices of San Diego homes are on the rise yet again.

The resale prices of single-family homes for sale in San Diego increased 4.7 percent from February 2014 to February 2015, according to new figures from the S&P Case Shiller Price Index. It measures repeat sales of single-family homes. The index placed San Diego real estate at #13 out of the 20 cities it measures — healthy growth in one of the hottest real estate markets in the country.

Annual appreciation in San Diego real estate has ranged from 4.5 to 5 percent over the last six months, and the latest S&P numbers bear those numb

ers out. Still, that’s a far cry from the summer of 2013, when annual appreciation soared to a record-breaking 19 percent as investors and foreclosures fueled the housing market’s growth. So far this year, San Diego picked up steam from January to February. The county’s S&P index is 206.25 — the highest since Nov. 2007, right before the housing market crash.

March was a particularly strong month for San Diego real estate, when the area reported its largest annual sales increase in nearly two years. A record  3,467 transactions closed in the county that month, a 13.4 percent jump from March 2014.

The S&P numbers come after a recent Trulia study found homes for sale in San Diego are among the fastest-selling in the nation. The area’s homes rank #4 in the country for sales activity, with only one-third of homes listed during the month of February remaining on the market in April. San Diego is a sellers’ market, with even stronger activity predicted during the spring and summer. A recent study by CoreLogic found sales rose as much as 35 percent in March.