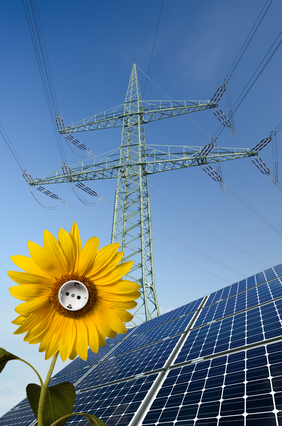 17 Nov Solar Rights: Access to the Sun for Solar Systems

Many homes today are part of planned communities that require a uniform and consistent appearance within the development. According to the Community Association Institute, more than 60 million Americans live in community associations. Unfortunately, planned communities can sometimes try to limit the growth in the use of solar energy, which makes the California Solar Rights Act and the Solar Shade Act popular and important information for homeowner’s considering to go solar.

The Solar Rights Act was created in 197 (AB 3250, 1978), and it created a legal framework for solar access. The law includes protections to allow consumers access to sunlight (and prevent shading of systems) and to limits the ability of homeowner associations (HOA) and local governments from preventing installation of solar energy systems.

The Solar Rights Act balances the needs of individual system owners with other property owners by developing solar acccess rights.

The Act limits the ability of Covenants, Conditions, and Restrictions, typically enforced by the homeowners associations (HOA), and local governments to restrict solar installations. These are perhaps the most well-known and important provisions.

The Act also creates the legal right to a solar easement and requires local governments to preseve passive cooling and heating opportunities to the extent feasible in new development projects.

The Solar Shade Act (AB 2321, 1978) provides limited protection to solar energy system owners from shading caused by trees and shrubs on adjacent properties. The law seeks to prevent a property owner from allowing trees or shrubs to shade an existing solar energy system installed on a neighboring property, provided the shading trees or shrubs were planted after the solar collecting device was installed.