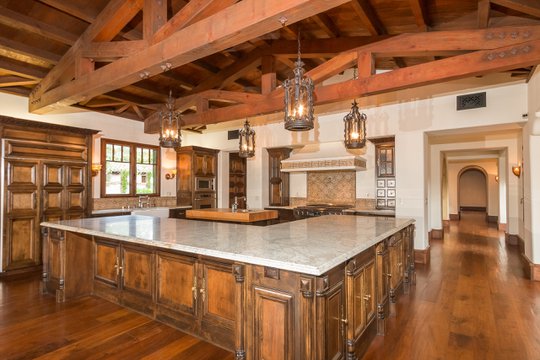 The 4.55-acre estate sold on Monday, January 12 for $5.725 million, according to public records. The selling price of the Rancho Santa Fe home for sale was just $225,000 less than what Mickelson and his wife Amy paid for it in 2001. The property had been listed for sale several times, with the asking price as much as $12.2 million in 2008, and was listed most recently for $5.99 million late last year.

It is one of the largest transactions of real estate in Rancho Santa Fe so far in 2015.

Mickelson, a San Diego native, won the PGA Championship in 2005. The property they owned is a single-story, 9,176-square-foot home with five bedrooms and six and one-half bathrooms. The Italian style home has pepper and olive trees, a blue-tiled pool and a three-hole putting green. It has walnut floors, Albertini doors and windows, and hand cut mosaic tiles and wood beamed ceilings with an exercise room and a coffee and juice bar in the master suite.

A number of luxury homes in San Diego have been listed or sold recently, including weight loss guru Jenny Craig’s $39.5 million Del Mar estate — one of the most expensive homes for sale in San Diego. Craig’s horse farm in Rancho Santa Fe was purchased by Bill Gates last month and former San Diego Charger Darren Sproles’ home in Santa Luz was recently listed for $2.78 million.

The buyers of the Mickelson estate were the Farson Trust and the Bradford Trust, who both have a 50 percent interest in the property.